Home » Pension charges – what should they be?

Wimbledon supporters referred to the day When Wimbledon beat Liverpool at Wembley in the 1988 FA Cup final as the ‘Happy Times’ and one day soon, pension advisors who are used to excessive charging will use the same term to describe the last few years.

In the past decade the pension companies have been able to reward their share holders and chief executives with dozens of unnecessary and unfair pension charges, a new study has concluded.

The Government has concluded a damning study into the pensions market recently, prompting new legislation in the next couple of months to ban excessive pension charges. For some pensions advisors, the good times might be over. 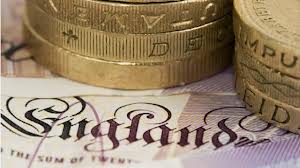 Previously your employer might have paid pension companies for advice regarding the pension fund and then pass the cost on to the staff, even though no staff agreed to carry the financial burden. In some instances this had sliced half the value off the first year of pension contributions to some auto-enrollment schemes.

If you aren’t in an auto enrollment scheme, typically there is an annual management fee to pay which works out as a small percentage of your overall pension pot, typically between 0.5 and 0.8 per cent. This should cover most of the day to day costs of the pension.

As a rule of thumb you should be exceedingly wary of any additional costs levied against your pension for relatively straight forward administrative tasks such as updating personal records, obtaining tax relief and using an online pension tracker service. Nearly all the services that most savers use on a day to day basis should be covered by the annual account charge, in most instances ‘tinkering’ with your pension shouldn’t cost you anything.

Funds that incur additional costs are often those that are exceedingly niche and specialist, because of their small size they tend not to be able to pass on the economies of scale to the saver. Funds that sometimes invest in commodities and assets that are inherently expensive to buy and sell can also incur more pension charges, especially if they rely on having to pay for expert knowledge in order to be able to trade effectively.

If you are just starting out building up your pension nest egg, it’s probably wisest to pay into a well known and established pension firm that will not impose any unexpected or unfair pension charges on you and avoid the smaller funds.

Fund Manager Expense Charges (FMECs) are often the product of index linked pensions (pensions that fluctuate in value based on the prices of shares on the stock market). Selling shares will incur certain fees and charges and that cost is normally passed on to the saver. Stockbrokers, solicitors and HM Revenue and Customs will all take a share of the proceeds in any share deal, so if you are going to invest in an index linked fund, it might also be wise to put money into a deposit fund (one which invests conventionally in real world assets and not shares).

In May Pensions Minster Steven Webb said: “With millions of people taking up pension saving for the first time under automatic enrolment, we have to give people confidence that they will get good value for money. That is why we are banning consultancy charges, where scheme members end up paying for advice given to their employer.”

If you are looking for some straight forward, honest advice about how to get the most out of your money, click here for further details.